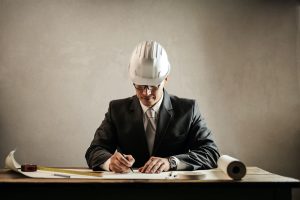 I have been very much involved in working, teaching, and consulting for project managers and projects since the early 90s. My career in project management started with the construction of the Twin Towers of Kuala Lumpur (Menara PETRONAS) when I was one of the few handpicked and trained in project management to training PETRONAS executives to understudy this project. They were engineers, geologists, geophysicists, architects, and generalists who had been working alongside the foreign designers and builders of the twin towers.

The PETRONAS teams (two groups of 20 in each) were handpicked to learn about the construction of the Twin Towers and lead the future projects in the Oil and Gas Sector of Malaysia.

I was fortunate to be given this opportunity, which changed my perspective about projects. I trained the PETRONAS understudy team that was assigned to the Two Towers, Tower 1 and Tower 2, which were built by the Japanese and Korean respectively.

The most interesting thing about this assignment was that since there was no quality formal education available in Project Management in Malaysia around that time, PETRONAS had to cultivate its own trainers.

The excellent trainer imbibed me with the unshakable belief that project management is all predictable, systematic, hierarchical, and orderly. The so-called ‘iron triangle’ and the predictive nature of managing projects were very appealing for minds like mine which is of a generalist as well as a technical nature.

Thus, I started my active career in project management since then and regimentally adhered to the ‘predictive mindset’ that project management is planned extensively up front and implemented systematically through careful execution, close supervision, and systematic monitoring & controlling, leading to complete closing.

However, to my dismay, I discovered much later that the predictive nature of projects is not always realistic and practical. When some groups who I worked with raised such alarm I realized that their disappointment was justified. The traditional approach was faced with a massive challenge that was real and alarming, especially coming from the IT community.

I did not know then that a set of IT professionals were already emerging at the advent of the 21st century with a new concept of managing projects called, ‘AGILE’. This was opposed to the traditional ‘Waterfall’ methodology which did not help the software industry well. Agile methodology emerged as the savior of IT project success to some extent.

The Agile methodology professes that planning is still upfront but also ongoing, done daily and more frequently as the project progresses. All project management processes are handled with a ‘current’ mindset’ and immediate future perspective. They advocate this powerful solution as opposed to the traditional project management process by introducing various Agile methodologies which advocated iterative or repeatable processes which in turn worked very well for the IT world where breakdowns, bugs, rework, repair, etc., were rampant. Thanks for Agile, a great savior indeed!

However, do not be misled to believe that Agile is only for IT. They discovered it alright but it is very well usable in most other projects like transportation. procurement, logistics, and other services like marketing, healthcare, etc. In fact, the Agile advocacy of constant change management and progressive improvement (elaboration) leads to project managers’ support and signifies the importance of ‘rolling wave’ planning.

To be a good Agile project manager one must be both a technical manager as well as a people leader/manager. The Agile environment is so instantaneous, demanding, and involved so much that a weak leader/manager may fail to achieve success if he is not well trained or qualified as a leader. The concept of ‘Servant Leadership’ is emphasized in Agile.

Therefore, I wish to conclude by saying that the concept of ‘AGILE IS FOR ALL’. This idea is fast catching up and the PMI-ACP exam is the fastest growing PMI certification as revealed by SDANDISH Group’s recent study as ascertained by PMI in its PMI-ACP Manual. More and more non-IT project personnel have started showing interest in Agile and PMI-ACP.

The professional certification exam on Agile (PMI-ACP) emphasizes this fact and greatly incorporates it into the exam. Its coverage has been accordingly refocused. So, one need not be an IT-qualified person to attend PMI-ACP class or acquire skills and knowledge to transfer to his/her workplace. All PMPs can qualify for PMI-ACP certification easily.

The Bridgit group has always been at the forefront of all things on human capital development.